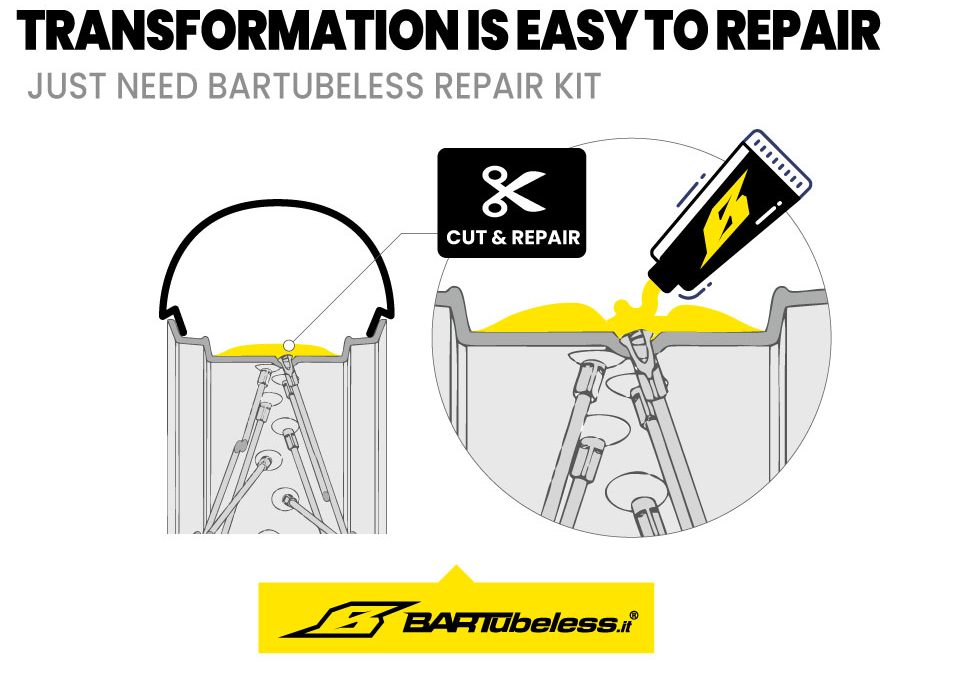 The special formulation of the polymer allows it to be repaired in case of replacement of nipples and spokes.

With the Bartubeless repair kit it's a game

Bartubeless offers a special repair kit to ensure maximum longevity for this truly reliable conversion system.
The kit includes some polymer and all the accessories and explanations to be able to restore the tightness of the whole system once the repair has been carried out.

What are the situations where it is necessary to repair the Bartubeless system?

The Bartubeless system does not damage itself, it has been designed to last many years without giving any kind of problem or lack of reliability.
However, there are situations for which the use of the repair kit is unavoidable:

Replacing a spoke or nipples

It may happen that during the heaviest uses a spoke or a nipple breaks and even if the wheel does not suffer particular deficits with the absence of a spoke, it must be repaired.
Once the wheel has been disassembled and the tubeless tire removed, the polymer must be cut near the nipple to be unscrewed to replace the spoke. Once the spoke has been replaced with a new one and the nipple has been screwed back and tensioned, the hole created in the polymer must be closed.

At this point the paste is applied following the instructions and everything is sealed and restored as it was originally. Once everything has been reassembled, the bike is ready to go.

Damage in case of tire replacement

The replacement of the tire is a routine operation and the fact that there is the Bartubeless system applied to the rim does not involve any difficulty for any tire dealer for changing the tire. In fact, nothing changes in the replacement.

However, it happens that for various reasons not dependent on the system it is inadvertently damaged. The Bartubeless Repair Kit restores the scratch or cut that was made in no time. 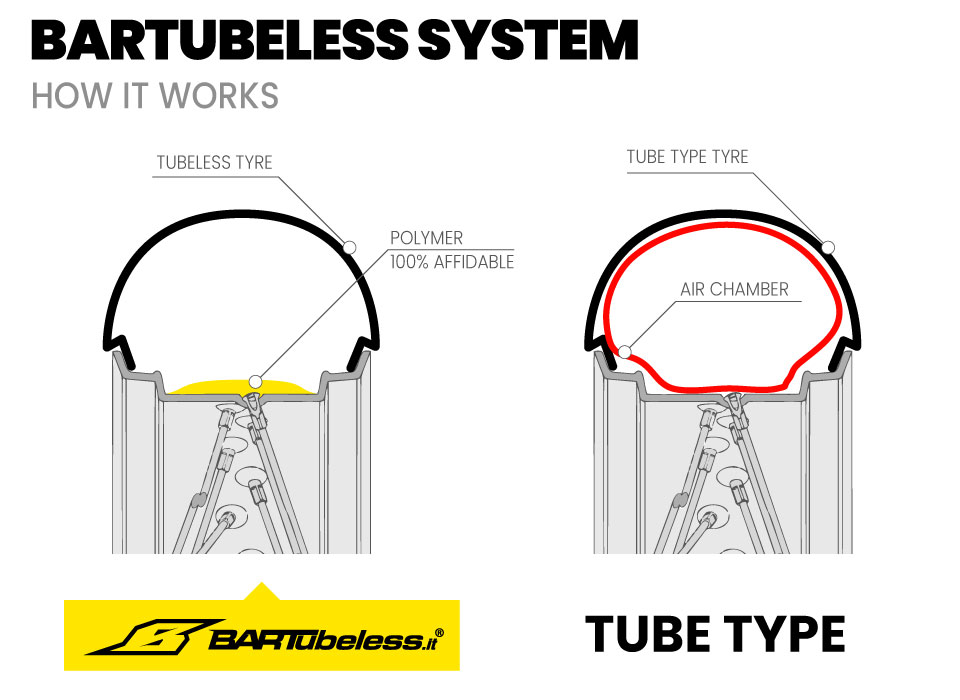 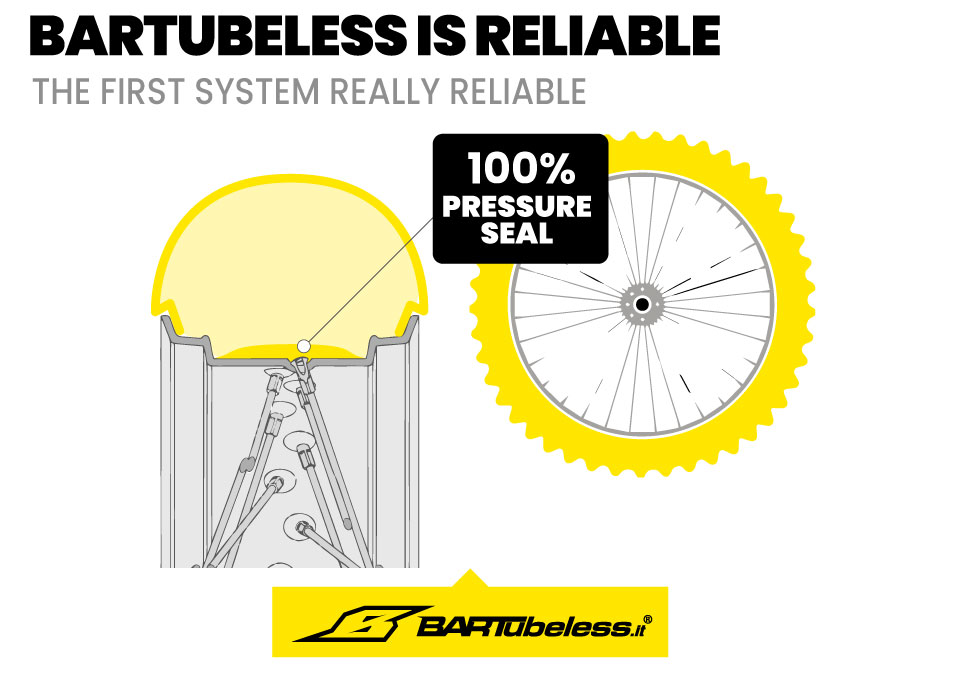 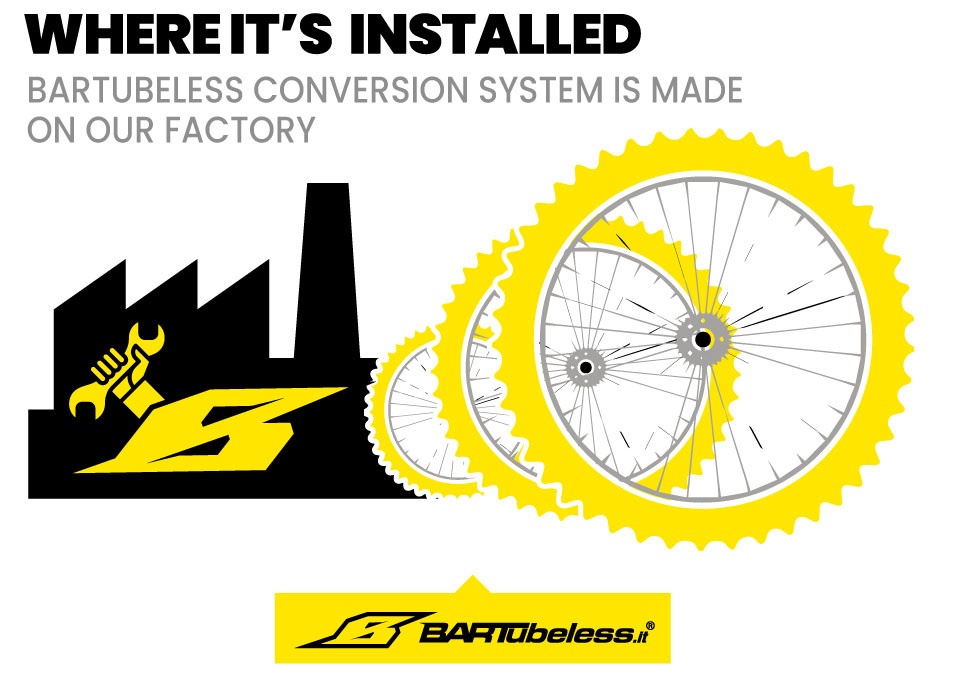 How to install Bartubeless system