What is the gyroscopic effect?

The gyroscopic effect is a physical phenomenon that occurs in rotating bodies due to the law of intensity conservation and direction of angular momentum. This arises when the axis, around which a body is rotating, is urged to change its orientation by a force that operates on any of the planes that contain the axis of rotation.

This is the technical definition, to be more practical and to apply what we just said about the gyroscopic effect to the bike, we would have to say that the more the wheel weighs and the faster it rotates, the greater the force required to tilt it with respect to its axis will be.

This means that the aspects that influence this force are essentially two: the speed of rotation and the weight of the wheel itself. The further the weight is away from the rotation axis, the greater the resistance to motion is. To make an example: a heavier hub is not able to significantly affect the negative gyroscopic effect of the rotating wheel as a heavier covering would be able to do.

What Bartubeless improves is the most external weight of the wheel, the one that is located in the furthest part from the centre of rotation and that is the most critical due to its physical effect. By removing the difference in weight of the inner tube and of the polymer that seals the channel of the nipples, the weight of the wheel is reduced just enough to get a more responsive and fluid drive.

Another aspect to consider, besides the gyroscopic effect, is the better balance of the wheel. With Bartubeless system you also have better weight uniformity and distribution that result in better balance.

If we think about the gyroscopic effect, this means that even at high rotations the wheel is stable, giving a smoother and safer driving sensation.

With Bartubeless system, these typical aspects of alloy wheels are added to the incredible and interesting characteristics of spoke wheels. 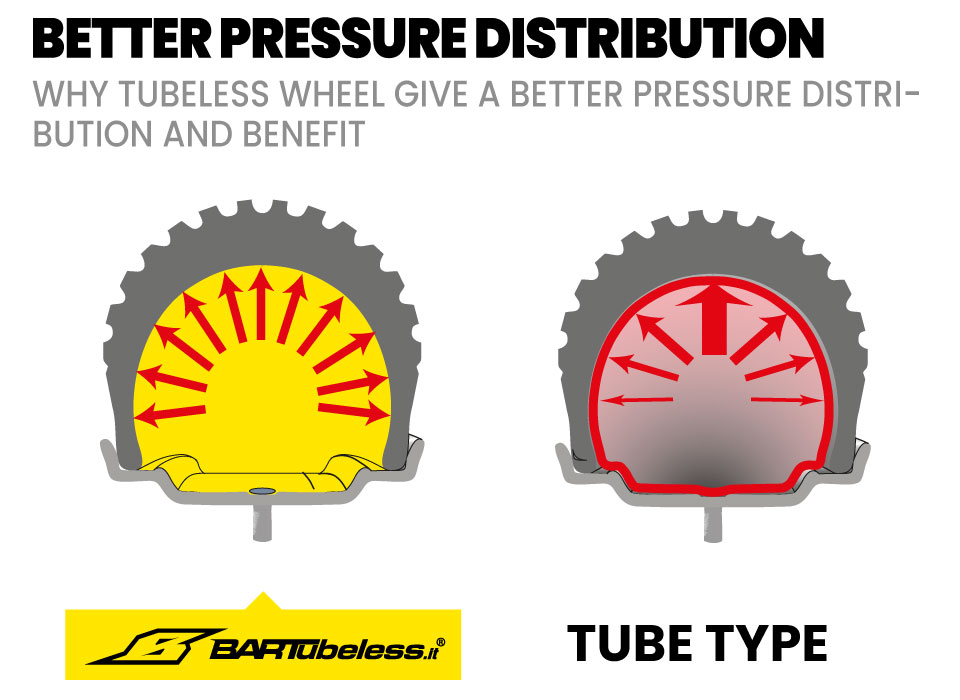 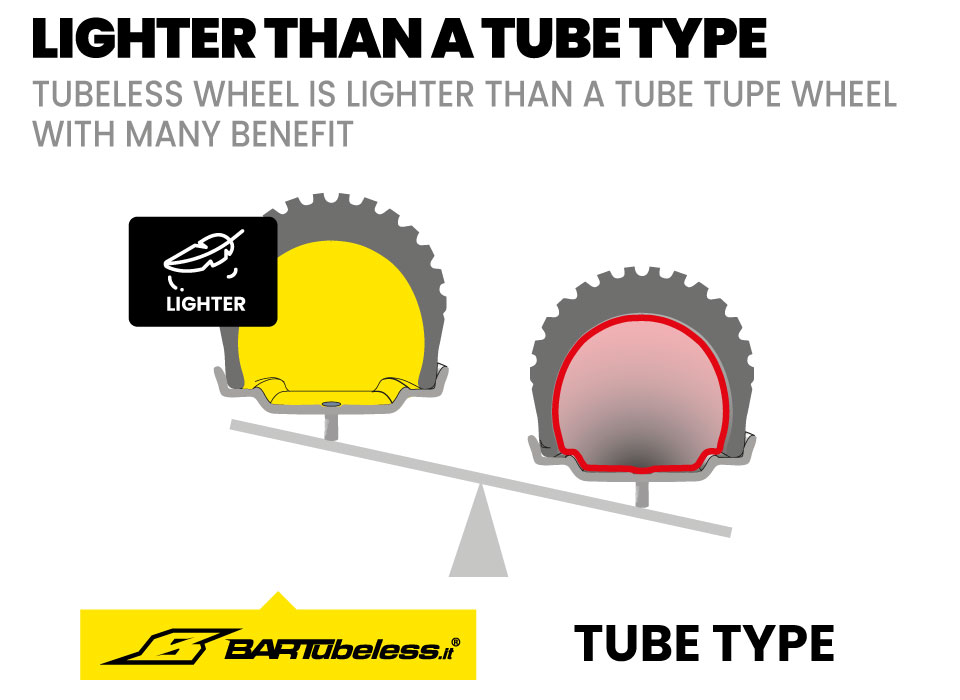